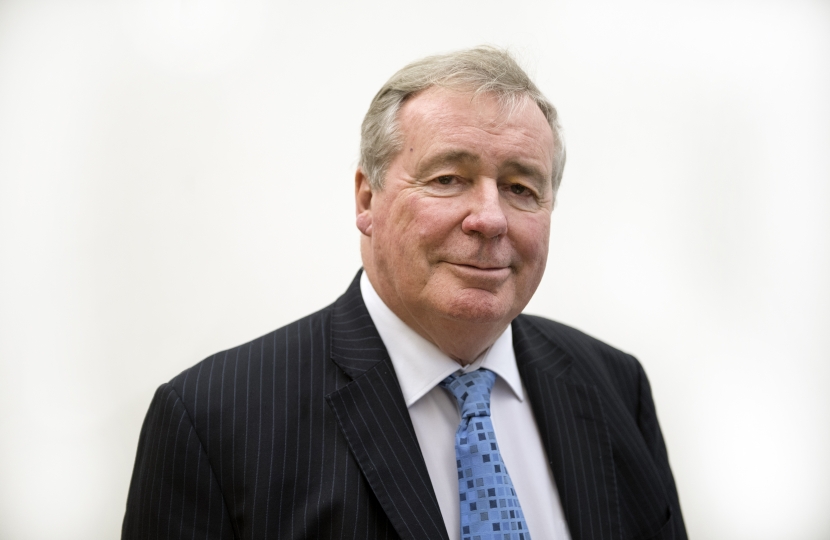 Sir Paul Beresford will once again serve the people of Mole Valley as he was relected to Parliament with a majority of more than 12,000.

Sir Paul, who has represented the area since 1997 was at the count in Dorking to hear that he polled more than 31,500 votes while his nearest rival got just over 19,500. The Labour Party trailed behind in third place, only just holding on to their deposit.

Counting showed Sir Paul ahead in most areas of the constituency, including areas like Dorking where traditionally Conservatives have lost ground.

"I'm really delighted with the showing here tonight," said Sir Paul. "The opposition ran a very unpleasant and personal campaign against me from the left, with the Liberal Democrats flooding the area with their leaflets.

"Goodness knows how many trees had to be felled in order to fuel the barrage of literature we all experienced from them but in the end the results showed that there is no substitute for doing as I have and talking to people on the doorstep.

"The message, despite the fact that the constituency voted Remain as I did, was that Brexit needed to be done so we could move on to other issues.

"Boris Johnson's message really cut through on this and quite a lot of people lent me their vote who might not have voted Tory in a long time.

"I'd like to thank everyone who supported me, I am aware that for many of you it is a lent vote and I have to keep on showing you that I represent everyone."

For the full results, visit http://www.molevalley.gov.uk/index.cfm?articleid=50505.