Sir Paul was first elected as Member of Parliament for Mole Valley in 1997. He has had an extensive and distinguished career in politics which dates back to 1978 when he was first elected as a Councillor for Wandsworth Council. Sir Paul went on to lead Wandsworth Council and it was during this time that he was knighted for his services to inner city rehabilitation. He went on to be elected as Member of Parliament for Croydon Central in 1992, where he served as MP for five years.

Sir Paul has served as a Minister for the Department of the Environment from 1994-1997 and has held various committee assignments in the House of Commons; serving on the Education, Environment, Communities & Local Government and Transport Select Committees at various points as well as for a number of years on the House of Commons Commission.

Most recently, he served as Chairman of the Administration Committee, in which capacity he took a leading role in the day to day running of the House of Commons estate - as well as key decisions on the multi-billion Pound restoration and renewal project to bring the infrastructure of the  Palace of Westminster into the 21st century while at the same time preserving its historic splendour and resonance.

As an active backbench MP Sir Paul currently pursues a wide range of legislative and political interests including:

In addition to these particular areas of interest, Sir Paul also spends a great deal of time dealing with the wide range of issues brought to him directly by constituents. These can vary enormously in nature and might concern anything from legal issues, immigration problems or tax concerns to school places, concern at upcoming legislation or problems accessing some Government service. Sir Paul has many years’ experience dealing with these matters and will always, together with his local government colleagues, do what he can to help. 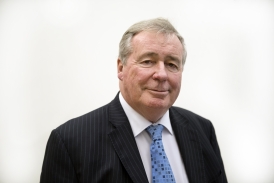