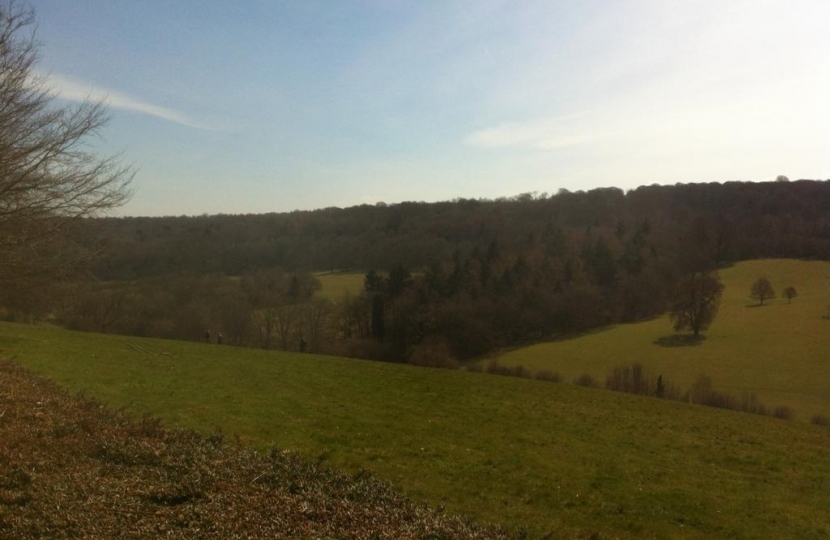 The UK Government has run a major consultation on improving planning rules in the UK to allow for more community involvement and less subjective decisions that ended at the end of October 2020. The Conservatives on the District Council were disappointed with the Liberal Administrations response to the paper that appeared to be outdated, political and unconstructive.  The Conservative group has published its response to the consultation and seeks to have more local community involvement, as suggested by the white paper, more control in where development is by using the zoning option, which will allow protection of  the Greenbelt and is infrastructure lead via partnership working.

“The idea of allowing developers to decide on the future of Mole Valley by calling for sites is not cohesive to good planning for the district as is currently undertaken. The White paper would allow the District to decide on zones for protection,  regeneration (with infrastructure and site development and work in partnership to avoid over development and homes without infrastructure, as suggested by the current Liberal” Local Plan” The Liberals are going to challenge the Government on its housing numbers, but they have no idea how to undertake this, as evidenced by their performance to date. The Conservatives have constantly pledged to protect the Greenbelt in Mole Valley and we stand by that pledge.”

Please see below our response to the Consultation in on the Government's planning White Paper below:

Response to Consultation from the Mole Valley District Conservative Group

Mole Valley District Council is the planning authority for the area and is a highly rural (68% Greenbelt) south west of London.  The northern part of the District borders Epsom, with the South close to Gatwick/ Crawley.

The area could be considered a commuter region and has limited affordable homes. The planning is constrained in crowded urban areas(North of the District) which are no more than expanded villages, Greenbelt and small rural villages. There are two towns (both has economic issues) being Leatherhead and Dorking. Infrastructure is dominated by the M25 and the location between the two major airports of Heathrow and Gatwick. There is no acute medical Hospital in the District.

The overview is supplied as an introduction into the issues that face the District with higher new homes numbers.

The Mole Valley Conservative Group welcomes a change to the planning as suggested by the White Paper, as long as the following points remain paramount to the future of any rules:

1. What three words do you associate most with the planning system in England?

2. Do you get involved with planning decisions in your local area?

Conservatives are on the Development Committee within the District which is too large and politically balanced.

3. Our proposals will make it much easier to access plans and contribute your views to planning decisions. How would you like to find out about plans and planning proposals in the future?

As the planning authority, having the ability to produce a detailed Local Plan with clear rules on design, density, climate change/ carbon output, infrastructure requirements as suggested by your white paper would be a positive step.  Getting various authorities to work in partnership and devote resource would be welcome for plans- our district is responsible for planning, but infrastructure for highways, education and medical facilities (from GP’s to acute care) is the responsibility of the County Council, these functions need to be coordinated and cohesive. However, also as the planning authority, we must state that our small District does not meet a major new town or large-scale development.

Plans should be available via as many media routes as possible to engage with the public. The District has recently requested public engagement and comments on its Local Plan and had a 4.5% response from residents with many complaints of complexity and difficulity accessing documents. Plans should be clear, concise and allow as much local engagement as possible. Social media / Online news / Newspaper / By post / Other –all methods are to be used.

4. What are your top three priorities for planning in your local area?

5. Do you agree that Local Plans should be simplified in line with our proposals?

Yes, Local Plans should give the public confidence in the development being able to meet the needs of the residents. The ability to have agreed rules such a carbon neutral homes and building density would stop the adaption of policies to suit developers requirements.

If the Local Plan has the necessary quality and rules for development, the development management plans should be feasible.  The issue is general development management policies nationally is the diversity. This diversity can be overcome with allowing for ranges within communities e.g heights of new developments must be appropriate to the area and setting, this will differ from central London (20+ floors) to semi rural towns(5-6 floors).

7(a). Do you agree with our proposals to replace existing legal and policy tests for Local Plans with a consolidated test of “sustainable development”, which would include consideration of environmental impact?

Yes – As a local District Planning, sustainability must be paramount with the inclusion of the environment. The protection of the Greenbelt must be included in any plans. The white paper and questions appear to deal with large scale developments, but the rules must be equally applied to “in fill” or back garden developments in towns and the rural communities these cannot be left behind to be blighted.

7(b). How could strategic, cross-boundary issues be best planned for in the absence of a formal Duty to Cooperate?

Local Plans should not be the ownership of one authority, but have to consult and “partner” with adjoining authorities and in our case the County Council. It is impossible to plan developments and produce the Local plan without an understanding of the budget and plans from the higher County authority on roads, education capacity and health needs.

To date there has been little evidence of “joined up” planning  across borders and via higher authority sign offs.  There is an appreciation that the involvement of more authorties may slow the process, but the process should be driven by the development of the main infrastructure with this leading housing.

8(a). Do you agree that a standard method for establishing housing requirements (that takes into account constraints) should be introduced?

This is a generic “one size” fit all approach and could be criticised as such. You cannot compare Central London (highly urban) v. Yorkshire Moors (protected 100%) v Surrey Rural Countryside ( 68% Greenbelt). Based on a number of factors, such as existing density, protected land (greenbelt, ANOB or national park) and Infrastructure planned, then a formula should be possible with an amount of flexibility

8(b). Do you agree that affordability and the extent of existing urban areas are appropriate indicators of the quantity of development to be accommodated?

Affordability in large scale developments is needed, but is resisted by all developers.  You cannot add affordability and existing urban quantity together- they are exclusive, as it may be an area is already overdeveloped, adding further development will increase density to unacceptable levels, whether the housing is affordable or not.

9(a). Do you agree that there should be automatic outline permission for areas for substantial development (Growth areas) with faster routes for detailed consent?

Yes , subject to there being strong outline plans (with good design as suggested by the white paper), strong local engagement and density/ landscaping/ protecting environment has been scoped

9(b). Do you agree with our proposals above for the consent arrangements for Renewal and Protected areas?

9(c). Do you think there is a case for allowing new settlements to be brought forward under the Nationally Significant Infrastructure Projects regime?

10. Do you agree with our proposals to make decision-making faster and more certain?

Yes- subject to clear rules, as set out- design, density and environment preserved

11. Do you agree with our proposals for accessible, web-based Local Plans?

12. Do you agree with our proposals for a 30 month statutory timescale for the production of Local Plans?

Yes – again caveated that the tools, rules and co-operation between infrastructure and planning is undertaken

13(a). Do you agree that Neighbourhood Plans should be retained in the reformed planning system?

13(b). How can the neighbourhood planning process be developed to meet our objectives, such as in the use of digital tools and reflecting community preferences about design?