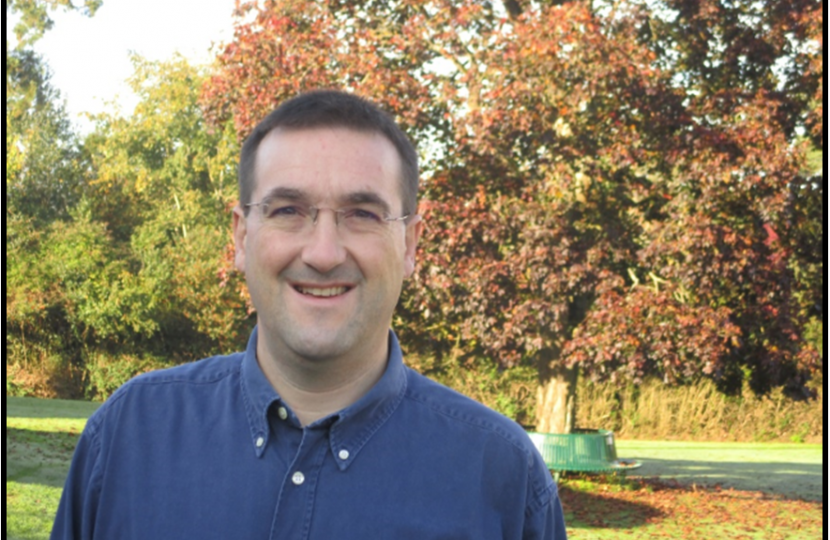 Mole Valley District Council’s Leader of the Opposition, Councillor James Friend, has been quick to support our local shops, restaurants and businesses in the face of the forthcoming 10% rise in the cost of car parking across the District. James explained “Business owners are furious that this summer local Liberal councillors are going to increase pay and display prices by an inflation busting 10%. Worst still is that the administration at Pippbrook fully accepts this will hit high street visits with a forecast of one in every 55 shoppers deciding to stay away after the price hike in August.”

James added “This damaging change is part of a budget that creates up to £250,000 of funding for expensive external management consultants to take up hobby projects of Liberal councillors and £1.3m of forecast cuts in council services to come next year, potentially dramatically reducing the standard of services that council taxpayers get for their money. The Council should instead be delivering value for money by taking bold innovative actions.”

Leader of the Conservatives, James Friend, has led the Budget Scrutiny process this year and identified the swathes of uncertainty in the numbers presented from savings schemes at risk of not being delivered to income assumptions that rely on estimates of consumer behaviour. James commented on the opposition to this budget saying “We have a public duty to rein in the costs of the council so that as much as possible residents’ money stays in their pockets for them to spend on life’s essentials. Even in Mole Valley, there remain many areas of financial need and deprivation.”

James added: “Mole Valley once had a reputation for innovation – the recycling schemes, flexible car parking pricing for example. Isn’t it about time that innovation was directed at supporting those in greatest need helping bring fairness to our local area?” A Conservative Administration would have avoided this inflation busting 10% hike in car parking charges by using the identified capital investment for our car parks to introduce Automatic Number Plate Recognition, allowing residents to buy “pay as you go” permits that only charge for precisely the time used throughout the year. This would ensure revenue was fairly captured from car park users and raise income in that way.

James explained “The uncertainly in consumer behaviour response to these budget plans is clear, uncertainty and unfairness. If our permit approach were to be in place then the Council could consider a sliding charging scale based on the residents’ council tax band. That would lessen the impact of these charges to access our town centres for those most in need in our community –starting levelling up locally – making it easier for those most in need to improve their wellbeing and quality of life.”

Conservatives would achieve more with less of our council taxpayers money. Rather than spending £250,000 on external consultants, our community is full of highly skilled and knowledgeable experts in many subjects. Community teams have successfully created Neighbourhood Plans with applications frequently being assessed against these policies. Local people are truly the greatest Community Based Asset that Mole Valley has at its disposal and many local people want to be actively involved in their District and its services. For example, our superb Transition movements have the skills to produce technical support for energy efficiency grant applications, local building planners, architects and surveyors with a community interest might volunteer to produce a feasibility study for Dorking Halls, local historians could review the archiving for Pippbrook House and there are many digital experts that could look at technology efficiency opportunities. Our local people are a real missed opportunity here and yet it is them that are being asked to pay the price too.

But what about the future? This year sees a 345% increase in the budgeted support from Taxpayers to Dorking Halls. That’s approaching a £4.50 levy for every woman, man and child in the District. That clearly isn’t sustainable. A Conservative Administration would look at the options to protect the Halls from future financial pressures – whether that is about greater commercialisation or a change in governance structure. It is simply not right to put the Halls at risk for the future.

James Friend, summed up by adding “People from across Mole Valley have been telling me that they think the Liberals don’t know what they are doing with the Council’s finances. To be fair, I don’t think that’s true – it’s clear from the budget papers the administration recognises the impact of their spending and charging plan – they know that the car parking cost rise will reduce activity in our high streets, they know that their income schemes are far from certain and they know that the council faces £1.3m of cuts in just 12 months time.”

Professor Swaran Singh has agreed to conduct a one-year review of the Party’s progress on implementing his recommendations.